For our October event we’re bringing together a poet, a novelist and a dramatist to reflect on their work and its place in a rich seam of Irish literature inspired by the Greeks. The continuing interest of Irish writers in Greek and Latin classical literature as a model and source for inspiration is somewhat surprising given the almost complete disappearance of the teaching of classical languages in Irish schools over the last 50 years. Yet the myths and stories of the ancient world still fascinate audiences and our writers continue to deliver fresh interpretations which reflect on Irish society.

‘The violence lies in Carr’s language, shocking and extraordinarily vivid: we almost hear the buzzing of carrion flies, smell the stench of carnage.’The Times

The nationalist attempt to recover the native, suppressed, literary tradition of Ireland found a model in 5th century BCE Athenians and their reaching back to the foundational epics of Homer. From the 19th century Irish translations of Greek tragedy were tied up in a project of recovery of a bardic tradition; from Yeats to Heaney this poetic tradition continued and absorbed great figures of modern poetry like MacNeice, Boland, Mahon and Kennelly. More recently that tradition has broadened and our dramatists and novelists have found intriguing correspondences in form and culture with the Greeks e.g. Alan McMonagle’s novel Ithaca, Theo Dorgan’s collections Orpheus and Greek, Peter Fallon’s versions of Hesiod and of the Georgicsof Virgil, and Frank McGuinness’ startling new versions of Greek drama. Our three guests representing the dramatic, poetic and prose novel forms will discuss their work and the appeal and relevance of ancient literature.

‘Part of the thrill is recognising the correspondences between the characters and Homer’s originals . . . the language is enough to keep you enthralled . . . Hughes’s achievement is to prove that Homer remains ignoble, messy and horribly familiar — Guardian’The Guardian

Marina Carr’s plays bring alive the Greek classics in a uniquely contemporary and Irish manner. Her The Mai refigures the Odyssey, in Portia Coughlain she adapts Electra and in By the Bog of Cats she reconstructs Medea. Michael Hughes’s widely praised second novel Country transposes the Illiad to border country, Northern Ireland, post-ceasefire, 1996. After a woman turns informer, an IRA gang takes matters into its own hands and storms the local British army base. But there is a falling out between Pig, the gang’s leader, and the sniper, Achill. Death and betrayal follow. The poet Peter McDonald’s has lately developed an interest in verse translation from Greek and in 2016 produced The Homeric Hymns (2016), a series of verse translations into different English forms, along with detailed notes on the ancient Greek poems themselves.
Speakers:

Marina Carr
One of Ireland’s most celebrated playwrights whose poetic tragedies often reinterpret ancient myth and address violence and the place of women in Irish life. Across her great Midlands-set plays Carr creates a timeless version of Ireland, replete with ghosts, ill-fated women and tragic families. Throughout her work Carr’s engagement with myth and folktale can be read as a richly imaginative reflection on the development of Irish cultural identity. In 2017 Carr was awarded the Windham-Campbell Prize. She is a lecturer in Dublin City University’s School of English. She is working on new plays for the Abbey and the Kiln Theatre in London, the latter about Clytemnestra in the aftermath of the Trojan war will appear in 2019-2020 season. 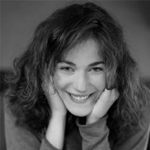 Dr Florence Impens (Chair)
Dr Impens holds a PhD in English from Trinity College, Dublin, as well as MAs in French and in Irish Studies from Université Sorbonne Nouvelle-Paris 3. Her books Classical Presences in Irish Poetry after 1960: The Answering Voice provides the first overview of classical presences in Anglophone Irish poetry after 1960. Focusing on classical presences in the work of Seamus Heaney, Michael Longley, Derek Mahon, and Eavan Boland. She is the author notably of ‘Classics and Irish Poetry after 1960’ in the forthcoming 5th volume of the Oxford History of Classical Reception in English Literature (Kenneth Haynes Ed.), and of ‘Classical Roots’ in Seamus Heaney in Context (Geraldine Higgins Ed.), due out with Cambridge University Press. 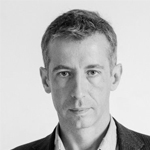 Michael Hughes
Michael Hughes grew up in Keady, Co. Armagh, and now lives in London. He attended St Patrick’s Grammar School in Armagh and read English at Corpus Christi College, Oxford before training in theatre at the Jacques Lecoq School in Paris. He has worked for many years as an actor under the professional name Michael Colgan, and he also teaches creative writing. His first novel, The Countenance Divine, was published by John Murray in 2016. His widely praised novel Country is published by Hodder & Stoughton and available now. 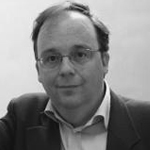 Professor Peter McDonald
Professor Peter McDonald (born 1962 in Belfast) is a poet, Professor of English and Related Literature, he holds the post of Christopher Tower Student and Tutor in Poetry in the English Language at Christ Church, Oxford and is a Fellow of St Hugh’s College. He produced the modern edition of the Collected Poems of Louis MacNeice (2007). The focus of his research now is the editing of W.B. Yeats’s Complete Poems for the Longman Annotated Poets series. He has published six original volumes of poetry since 1989, most recently Herne the Hunter (2016), and his Collected Poems were published in 2012.
A signing of Michael Hughes’ Country will follow the event.

This site uses Akismet to reduce spam. Learn how your comment data is processed.

We use cookies to ensure that we give you the best experience on our website. If you continue to use this site we will assume that you are happy with it.OK, no bother